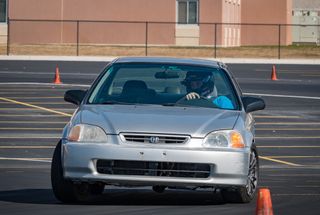 My last event was on the 11th. Here is a picture of me entering the first turn right after the slal

So fun, really hard to beat autocross for the dollar to fun ratio. You can learn alot about car control, and it's very safe and very easy on the car in contrast with full track days.

Top Honda Civic from the community

See whose at the top of the Wheelwell Civic Leaderboard