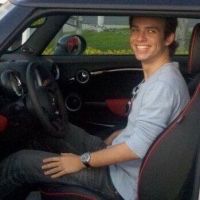 What effect did the ÖHLINS have on the ride quality of your JCW?

Matt Farah sent me. Beautiful car, I wasn't all that interested in the R56 until I saw this. Didn't think there would ever be a replacement for my R53 :)

Saw you on the Tire this morning. Nice Mini!

Top MINI Cooper from the community

See whose at the top of the Wheelwell Cooper Leaderboard