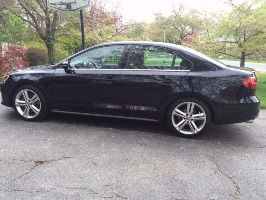 also i installed the neuspeed power module over the weekend and the car feels great noticeably more power and no cel lights.

Jeff - I found indicator_celebration in the instruments control module (17) but the cluster will not accept switching the value to active. What value did you use for Importer# ? Did you use 011?

just got it today I will let you know my thoughts but yes once removed there is no way to detect it was used it should bring the boost to around 14psi vs 18 for a stage 1 apr tune. going to do a basline my my odb dashcmd app before and after to see what it does.

Jeff - based upon your suggestion I just checked the Neuspeed product page regarding the power module. I have to say, I think I like the Neuspeed solution better than an ECU flash. It looks like the box just traps and spoofs the boost and MAP signals, fooling the ecu into higher boost using the stock ECU software mapping. I really like that it isn't supposed to trigger any TD1 flags that could complicate a warranty claim. You'll have to let me know how you like it!

you have to find Indicator_celebration under adaptations not the long coding staging option. :-}

Aha! I'll have to try that when I get home tonight. Thank you, good sir!

Jeff - thanks for the tip regarding apr stage 1 and clutch wear. I had not heard that about the gen3 2.0 TSI. I read on APR's website that they offer an optional feature on its newer flash programs to reduce peak torque at low rpm to prevent clutch wear on MT cars. I will have to look into it some more and also consider the neuspeed option - please let me know how you like it. Unfortunately I can't do the gauge sweep mod, because the cluster in the MY2015 GLI wont accept the coding. Bummer, as that would be a fun little mod.

nice GLI i just picket up a 14 autobahn with nav. I have done the same VCDS mods XDS = 2 TSC =1 I also added LED DRL enable gauge sweep and ESP disable by holding TCS button for 5 seconds. I added euro switch with auto light sensor chrome dead pedal and xenon matched fog bulbs. I would be careful about a full tune everyone that has gone apr stage 1 on the gen3 motor has had to replace at least the clutch disk after a few miles. I just ordered the neuspeed power module this will put me at 250hp/tq and retain the stock clutch for many years I hope.

See whose at the top of the Wheelwell Jetta GLI Leaderboard