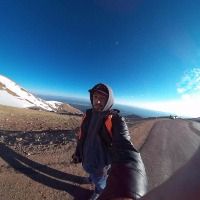 This is a great build! I always wondered if a more modern car can pull off bolt-on rally lights, and you certainly proved that it can!

As they say, "rust never sleeps". Great build story Oliver, thanks for sharing!

Nice looking ti, how'd you get 315 out of the stock motor?

That would be an error, the car was making stock power sadly. That was always the biggest problem with that car, looked great, handled well, but unbearably slow.

Gotta be turbo with that torque number

Awesome looking car. I can't wait to see the progress on your build!

Thanks for the feature! Unfortunately between submitting the car for Car of the Week and now, I have sold the car. I have other projects coming up that require the attention, and I just didn't have the time to dedicate to it anymore. In a weird twist, it was the previous owner who arranged the purchase of the car. He and his friend flew down to Phoenix, and drove the car back to Denver. Hopefully he'll sign up for Wheelwell and we'll all see more of this car!

Top BMW 3 Series from the community

See whose at the top of the Wheelwell 3 Series Leaderboard