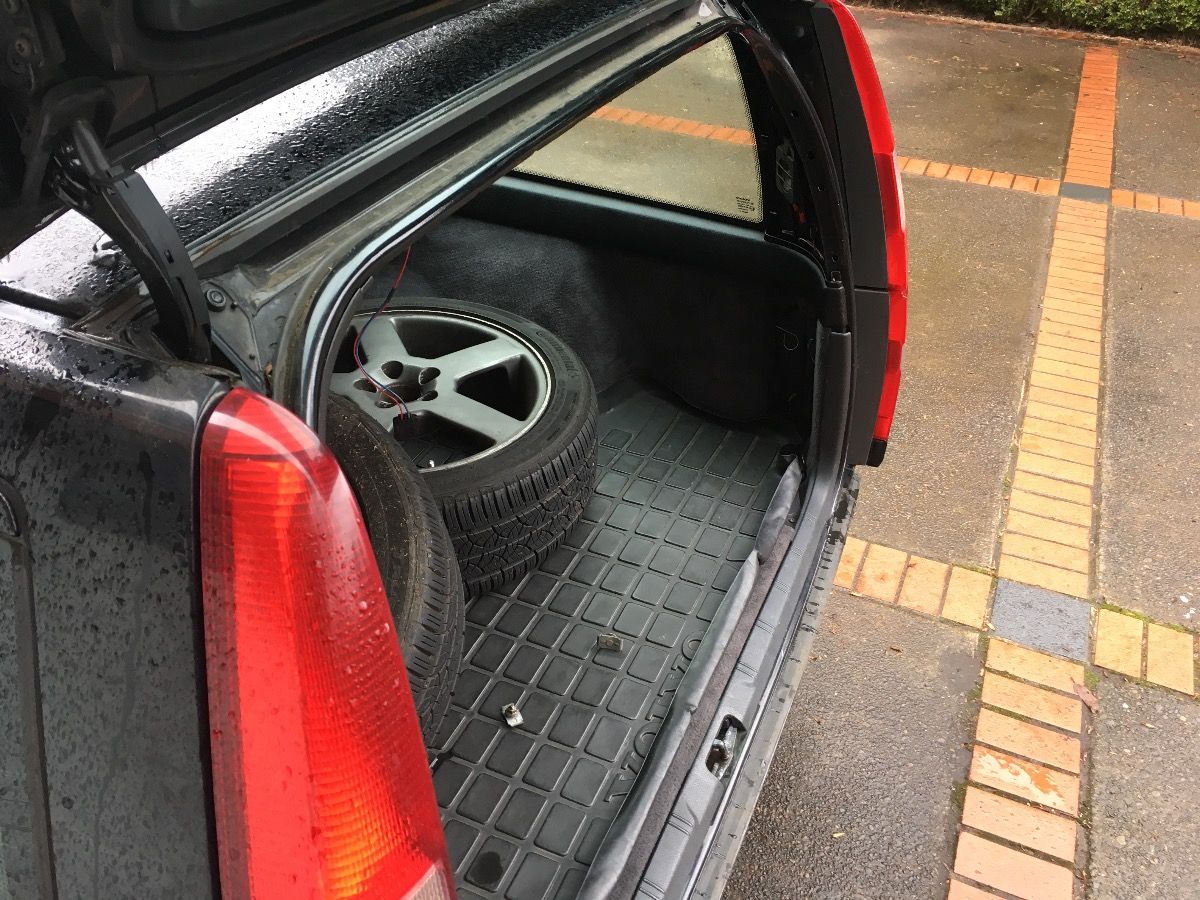 So I have been getting water collecting in my cargo tray in the back of the T-5R. This lead to a mold issue, (https://wheelwell.com/posts/6jd0/mold.) which I have since resolved (https://wheelwell.com/posts/6mhq/mold-defeated.) . Since then, I've been trying to figure out which of the 23 year old seals could be causing the problem and was just going to replace them one by one, but that's not happening now. Volvo has decided to move some of the parts for the 850s to their classics division, which means that each one of the seals involves costs a bit shy of $200, with up to three seals being involved. Because of this, the first thing I did was to leave certain interior panels removed after my mold battle. I did this so that I could see where the water was coming from. The area exposed is where the hinge passes through the roof of the car. What I saw was water dripping from my hinge, which narrowed down the cause two one of two seals… 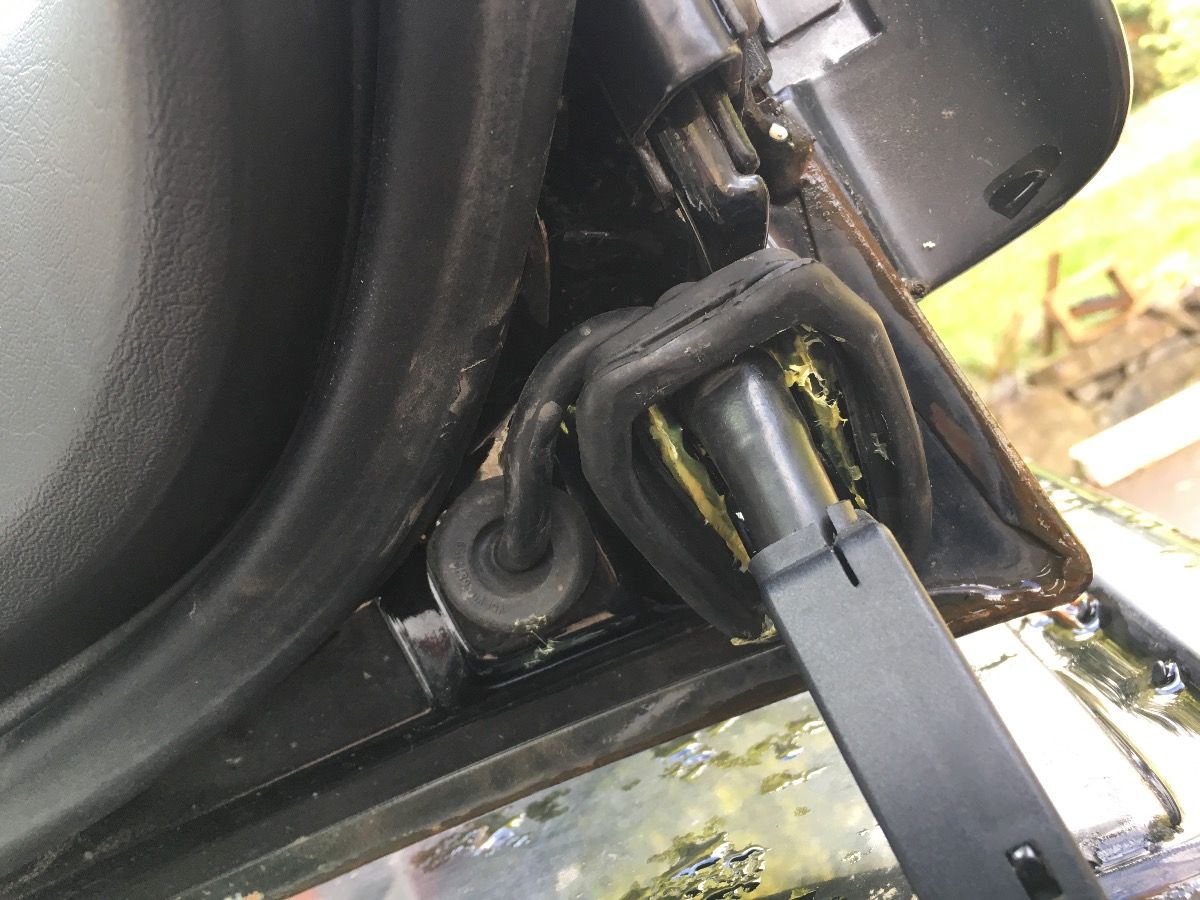 The first seal I dealt with was the hinge seal. This seal attaches to the moveable portion of the hath-hinge assembly and because I could watch water drip off of my hinge, I thought that this might be the culprit. What I noticed with this seal was that it was baggy, meaning that the sides were no longer adhered to the metal of the hinge. I used some 3M weather stripping and gasket adhesive to re-adhere the sides, but the leak persisted. 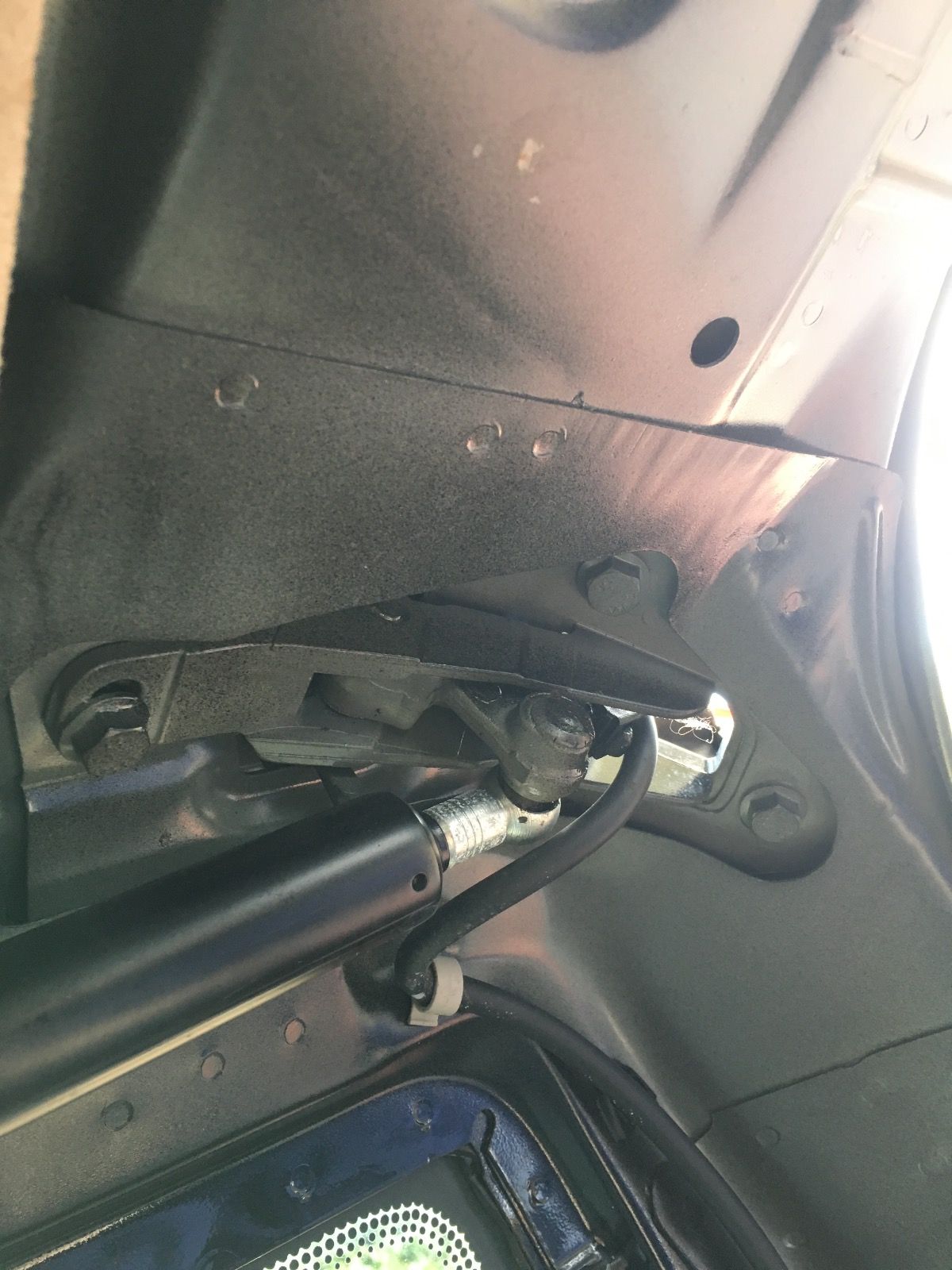 Next I more closely inspected the very old and very flat hatch seal. I noticed by prying it open that it was torn in the crease right above the hinge where the water leaked into my car. Not wanting to jut throw parts at my car, I decided to see if I could stop the leak with RTV, and if that works, then I can move on to the $200 OEM seal at a later date. Well, so far so good. It rained some last night and for the first time in months, no water! Now on to more fun projects!