From the ashes rises a Phoenix! 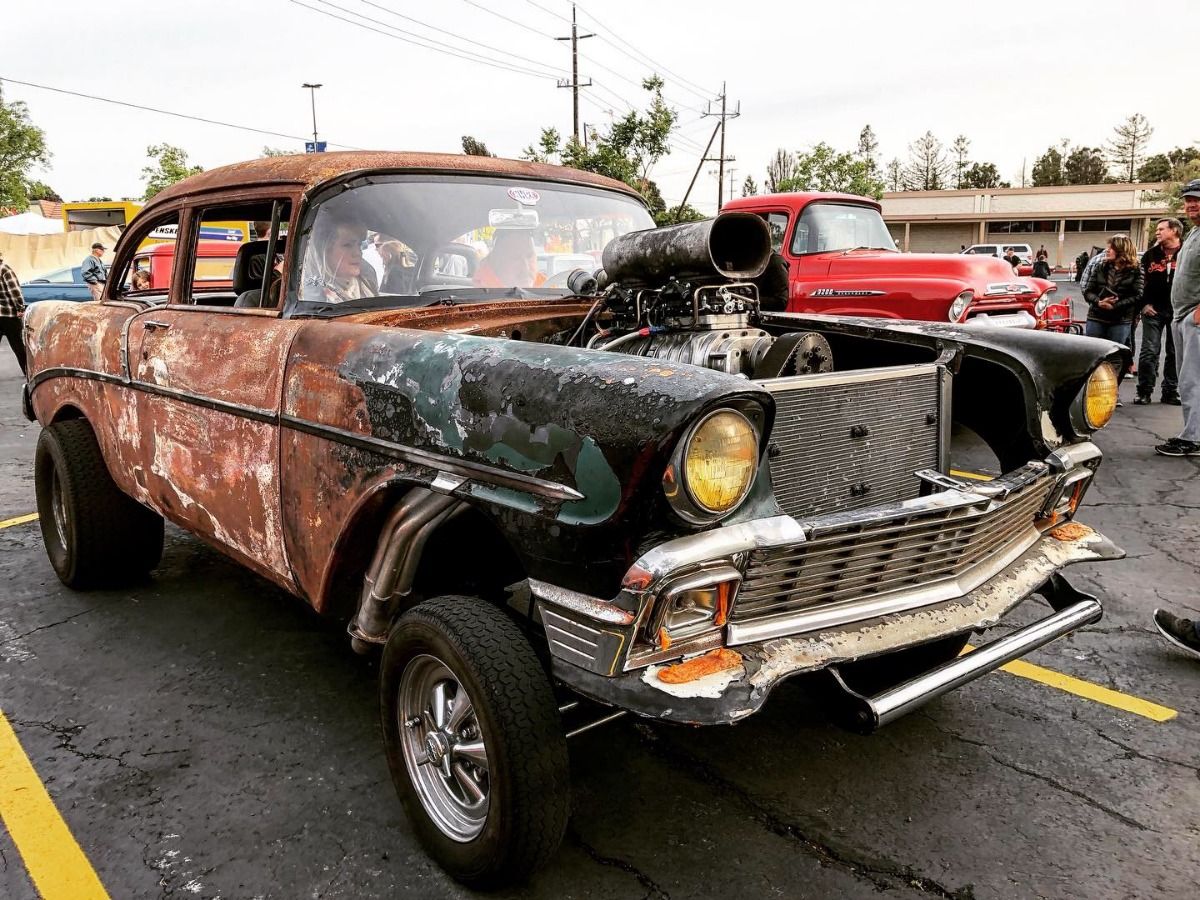 The Tubbs fire claimed so much from the city of Santa Rosa but one resident, Steve Johnson, took something back from it. After losing his house, his shop, his tools, a Chevelle, a Corvette, hell it even burnt up the mans Hot Wheels Collection. Steve gave Mother Nature the middle finger and revived his well done 56 Chevy 210 Gasser. With shattered windows and melted turn signals this way too Hot Rod got a new life. Strapping on a new set of tires, swapping in a new motor (using the old blower) and running some fuel lines is all he did… and I love it more now. Its windshield is duct taped in because the rubber seals melted away. The interior looks like a dumpster fire. It smells like my grandmothers pot roast. Yet, it tells a story better than any other car at the show. Steve credits the survival of the car to pulling it out of his shop and into the center of his driveway. Hoping the flames would only lick the paint off and not incinerate the whole car. Seemed to mostly pay off. Us car guys salute you Steve Johnson. You looked the devil in the eye while he shat on your lawn. Keep this beautiful reminder running and I hope you don’t change a thing. 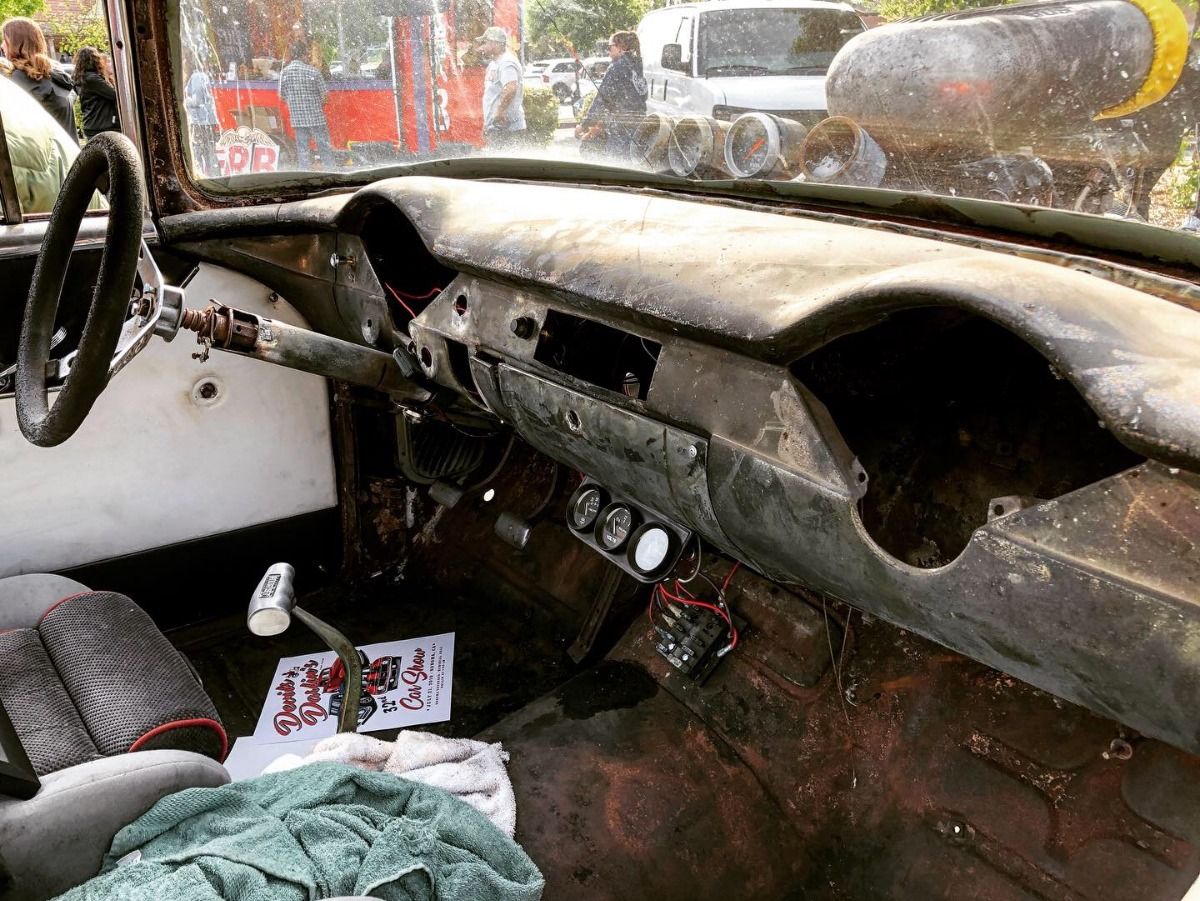 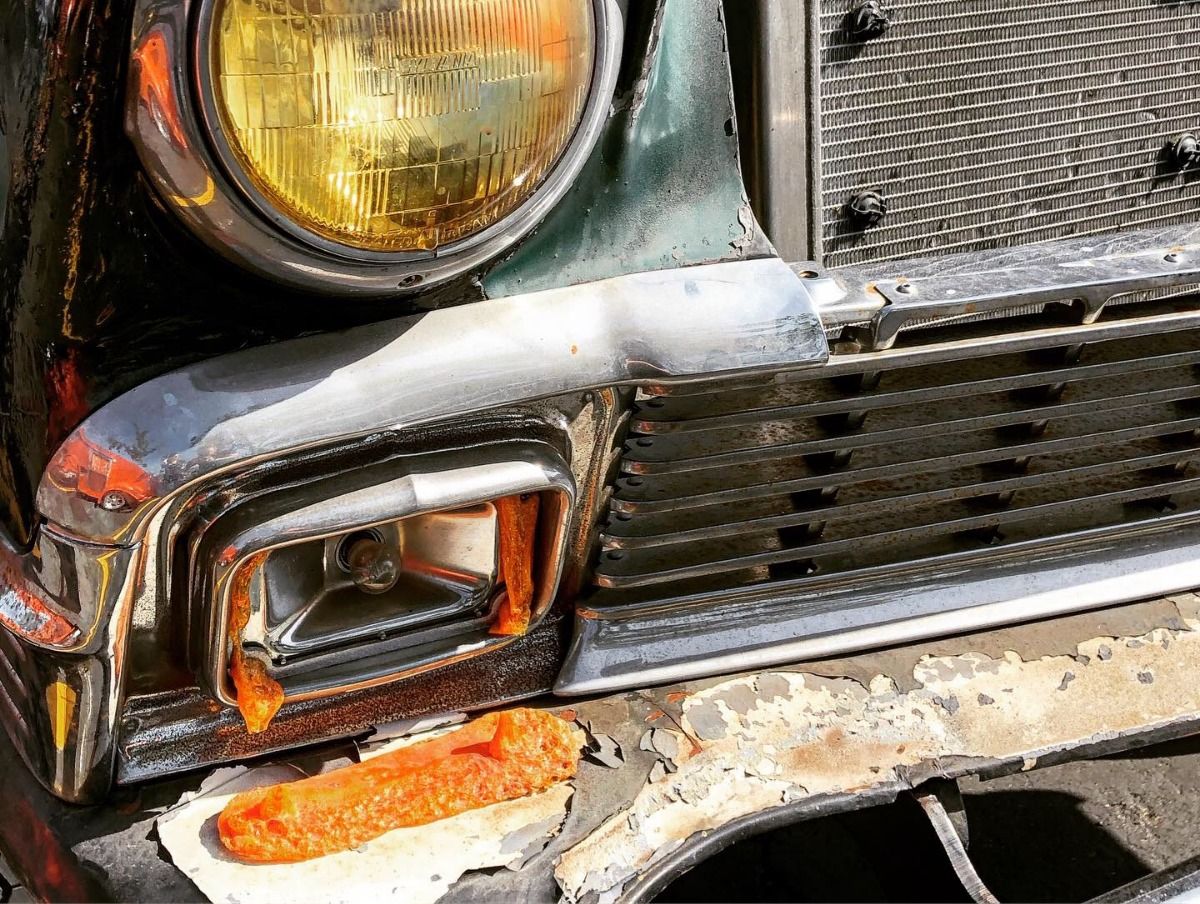