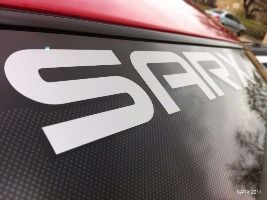 So nice! Definitely worthy of being featured in our Inside the Build series! docs.google.com/a/wheelwell.com/forms/d/1tljOFD7zJepKiDP9mF8DQn76LDefTdoQ26QefEyUDW4

Wow, this might be the cleanest RX-8 build I've seen! Well done

Love it. I think these cars are criminally underrated.

Top Mazda RX-8 from the community

See whose at the top of the Wheelwell RX-8 Leaderboard