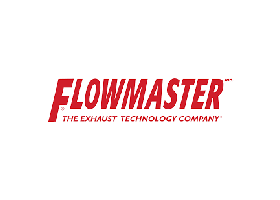 Not for sale or street use in California.

This New Delta Force Air Filter is a Universal-fit High Flow Cone-shaped Performance Air Filter that is a cleanable/reusable 8 layer cotton gauze design capturing more dust and dirt particles than typical 6 layer filters. Features include 0.50 inch deep pleats by 7.50 inch length providing an overall wide surface area for optimum airflow. The inlet is a large 6.00 inch opening and the end cap has the Flowmaster logo embossed right into the end showing everyone you appreciate quality and performance. This filter will last a lifetime since its washable/serviceable at regular intervals depending on your driving. Be sure to pick up a new Delta Force Air Filter Service kit to keep your filter system fresh and breathing strong.

See what our community says about flowmaster products 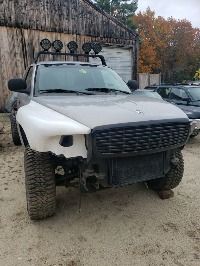 What made you choose this particular product?
Installed b4. Simple
What were you trying to accomplish by adding this product?
Performance
Was it easy install? Any installation tips that will help others?
Yes
Once you’ve had a chance to use the product, did it meet your expectations?
100%
View on David's build

What made you choose this particular product?
Price and performance
What were you trying to accomplish by adding this product?
More power
Was it easy install? Any installation tips that will help others?
Yes
Once you’ve had a chance to use the product, did it meet your expectations?
Yes
View on Ben's build

What made you choose this particular product?
Needed a muffler. Straight pipe was too raspy
What were you trying to accomplish by adding this product?
Better and quieter exhaust note
Was it easy install? Any installation tips that will help others?
Installed at local muffler shop
Once you’ve had a chance to use the product, did it meet your expectations?
Sounds good. Keeps the raspyness under control till about 4000 rpm. Can be a bit drony on the highway
View on Josh's build 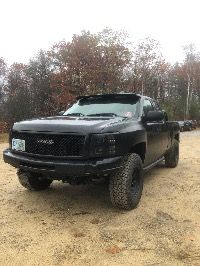 What made you choose this particular product?
Cheap, axle dump so clean look, and nice aggressive sound without being obnoxiously loud
What were you trying to accomplish by adding this product?
Mostly for the truck to sound better and a little louder
Was it easy install? Any installation tips that will help others?
Very easy to install Tip: spray the hangers with some lubricant (WD-40) for ease of removing the old exhaust from the rubber and sliding the new pieces in
Once you’ve had a chance to use the product, did it meet your expectations?
Yes great sound and not annoyingly loud
View on Jacob's build 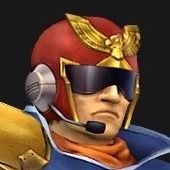 What made you choose this particular product?
After doing a good deal of research on different mufflers, and running into Summit Racing Equipment's video on Flowmaster exhaust series comparison video, I decided on this Super HushPower 2 muffler, which ended up being the right choice!
What were you trying to accomplish by adding this product?
My old exhaust system was rusting out (but not severely), so I thought it would be a nice project to get rid of it in favor of a lighter, better-sounding custom setup. I wanted something very sporty, but not aggressive, or too loud.
Was it easy install? Any installation tips that will help others?
Mostly yes because this part of the exhaust project was easier to put up with than the glasspack--both before and after making changes. This one was a bolt-on both times. It is secured with v-bands in case I want to swap it out, or remove it easier when I want to do something in the rear, such as dropping the rear subframe, for example.
Once you’ve had a chance to use the product, did it meet your expectations?
At first, my expectations were rather mixed. It was a bit louder than I expected before installing the glasspack, and the raspiness was more of a thing before I rearranged the exhaust to have the muffler closer to the rear. Moving it to the rear gave it the more preferred low-tone, "burbling" exhaust note I was looking for, but either way, it always sounded good--especially with a glasspack. I was even told by a few people that it sounded like a V10, noticing how similar 5-cylinder and V10 engines sound!
Any additional comments?
Definitely a nice, lightweight, and not-too-loud option for custom exhausts! It is on the quieter-end of the Flowmaster exhaust aggressiveness spectrum after all.
View on Neo's build 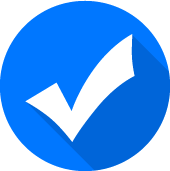 Perfect Quality
Wheelwell is an authorized Flowmaster dealer. We sell only perfect, brand-new parts with full manufacturer warranties.
The Best Price
If we're not the lowest price you can find anywhere, hit us up. We'll price-match (or beat!) any advertised price.
Guaranteed to Fit
Wheelwell's team of fitment nerds have gone to great lengths to make sure the parts you buy fit the rides you drive. If not, we'll make it right.
Free Ground Shipping
On orders over $99, ground shipping is included in the price you see. As long as we can drive there without getting wet (aka the continental U.S.).