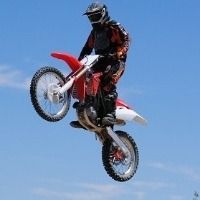 sweet build! Can you post more photos of the cage inside the car, where the rear suspension attaches?

also, what do you do about the rear torsion bars when going long travel?

Haha yup, problem right now is too many dang projects. I have 3 cars + this and my dad has 4 cars + this one. That's a good problem to have though!

Love this, looks like a blast in the sand!

It's great in the dirt, need a bit more power for the sand though...

Thanks! We broke the front suspension a few times and upgraded with stronger parts each time.